Forbes: Social Entrepreneurialism – "It's Not A Millenial Desire, But A Human Desire"

June 25, 2014 / Corinn Perry / Comments Off on Forbes: Social Entrepreneurialism – "It's Not A Millenial Desire, But A Human Desire" 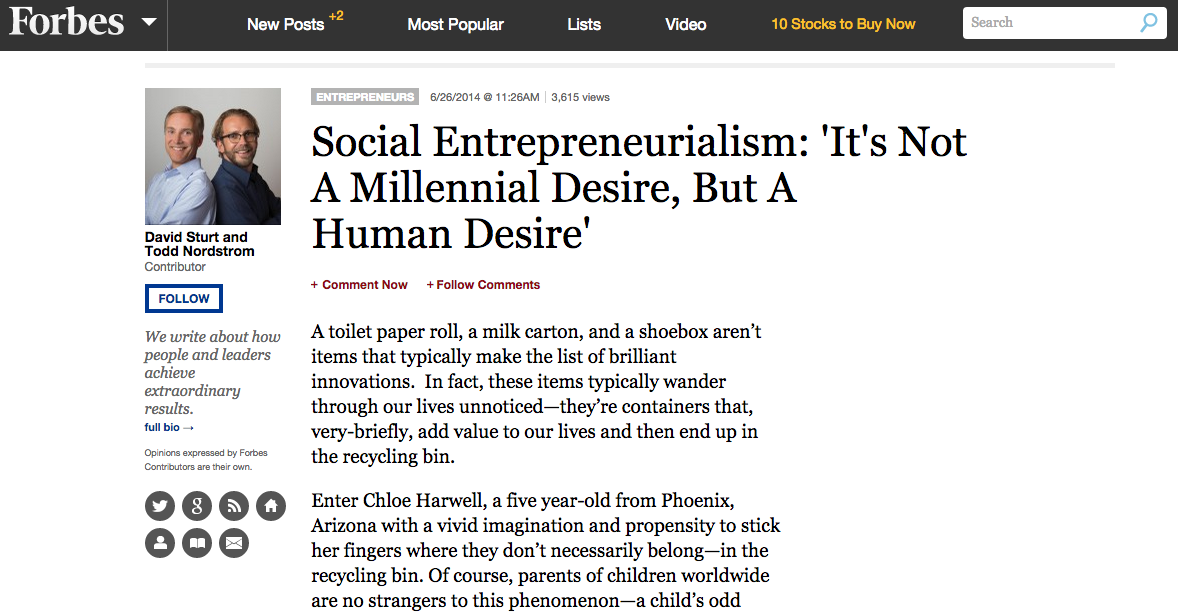 A toilet paper roll, a milk carton, and a shoebox aren’t items that typically make the list of brilliant innovations.  In fact, these items typically wander through our lives unnoticed—they’re containers that, very-briefly, add value to our lives and then end up in the recycling bin.

Enter Chloe Harwell, a five year-old from Phoenix, Arizona with a vivid imagination and propensity to stick her fingers where they don’t necessarily belong—in the recycling bin. Of course, parents of children worldwide are no strangers to this phenomenon—a child’s odd curiosity with packaging. Most parents have joked during birthday parties that their kids enjoy the box more than the gift itself.  But, to Janette Harwell, Chloe’s Mom, the recycling bin acting as a toy-box, spawned an idea.

Harwell, a graphic designer spent the weekend designing stickers that turned ordinary recyclables into rocket ships, pianos, and fire trucks—all toys that, with enough bumps and bruises, could return to the recycling bin. An idea had been born. The question was: could Box Play for Kids the business be born?

Backtrack just a handful of years to, of all places, the Yucatan Peninsula, where an Arizona State University journalism student, Courtney Klein, couldn’t help but notice the mindset of the people she was meeting. “Young people didn’t realize the difference they could make in the world.”

Troubled and determined, during her senior year at ASU, Klein launched a non-profit with the help of a $1,000 seed grant. The intent was to educate, empower, and invest in young people to change the world. And, it worked. Thanks to a merger with another organization in the Bay Area, today, New Global Citizens serves over 12,000 youth in 12 states across the country and works with grassroots partners in 25 countries around the world.

But, how does the Yucatan, a journalism student, and world-changing vision turn into a child’s first camera, made from a beautifully designed eco-friendly sticker and an old Mac n Cheese box?

“Social programs can change the world,” Klein told us. “But, so can social entrepreneurs—those blending profit with social impact. I couldn’t help but wonder what could be possible if there was non-profit incubator for early-stage social entrepreneurs.”

Again determined, in 2012, Klein set out to launch her next endeavor Seed Spot. Already gaining attention from the entrepreneurial community and major media, and being seriously congruent with many of the findings we culled from The O.C. Tanner Institute’s Great Work Study, we wanted to sit down and talk to Klein, to understand the way she thinks, and learn more about how some of the ventures being supported by Seed Spot think.

Courtney Klein:  There are a lot of definitions floating around about what makes a social entrepreneur. We developed a “Social Impact Scale” to determine whether or not a business is right for Seed Spot.  First, is there a need? Is there a real problem in the world that can be backed by research and data that the company or the product is focused on improving? Second, what is the impact of the problem? Does the problem being addressed affect a significant number of individuals or communities? Third, is it fresh? We want to see innovation and creativity in products or processes. Next, we want to know that a company isn’t producing bandages for problems, rather solving it at the root cause.

Sturt and Nordstrom: Give us an example of a bandage.

Klein: A junk removal program within a community might really help clean up a neighborhood. But social entrepreneurs want to know where the junk is going? How could it be better used? Why did it accumulate in the first place?  And, that leads to the next criteria: is the idea or product scalable replicable and measurable? Can the idea be expanded or copied to impact other people, communities, industries, or locations? And, can the impact of the idea be measured and tracked?

Sturt and Nordstrom: So, if an entrepreneur meets all these criteria, they’ve got a good shot at becoming incubated?

Klein: Well, remember, we’re talking about social business, not a social program. The ideas need to be sustainable with a clear revenue model. As entrepreneurs apply to our program, we look for a complete package.

Sturt and Nordstrom: There’s a lot of talk in the corporate world about the millennial generation and their desire to feel connected to a purpose of an organization. From your perspective, is the new interest in social movement largely from millennials?

Klein: Every generation has individuals that want to create change, build new models, or disrupt the status quo. Nikola Tesla wanted to bring free electricity to the whole world—the sentiment and belief that change is possible is innately human regardless of generation. We have worked with entrepreneurs from the age of 21 to 65 and believe that passion and purpose to create change can come at any age.

Sturt and Nordstrom: But, don’t you also offer an incubator program for high school kids.

Klein: We do. We believe it’s important to keep the optimism alive and instill in high school kids the notion that they can create change in the world now. The sooner they exercise the social entrepreneurship muscle, the longer they can fine tune over their lifetime.

Sturt and Nordstrom: Overall, do you think social consciousness is becoming more of a focus now than it ever has before?

Klein: It is. Numerous studies show that today’s consumers are more willing to buy, and feel better about, socially conscious purchases. Universities have increased their coursework in social entrepreneurship. The Benefit Corporation legislation is taking shape across the nation. But, I think the reason we’ve been able to generate so much attention is the marriage of social consciousness with the entrepreneur. There’s something innately human about being an entrepreneur. Like your study, in the book Great Work, people want to make a difference. They want to see the impact they can make on the world. There’s something very attractive about that to the human psyche.

Sturt and Nordstrom: Can you give us a few examples of Seed Spot graduates?

Klein: Sure! Agriscaping is working to bring back local food economies one backyard at a time. Caresapp.me is changing the way patients and health-care providers communicate to improve health outcomes together.BrettApproved.com is making it possible for people with mobility challenges to travel the world with greater confidence. Guardian NPX is transforming the way schools and parents treat head lice so kids can stay in the classroom.

Sturt and Nordstrom: Beyond the support you’ve given the entrepreneurs in your program, do you ever wonder how many life’s Seed Spot has impacted?

Klein: I do. And, we try to measure. To date we’ve had 43 entrepreneurs graduate and 48,282 lives impacted by a product, service, or technology developed by a Seed Spot entrepreneur.

Sturt and Nordstrom: For those readers with an entrepreneurial spirit, what one piece of advice do you have?

Klein: Get out of your own way. Stop poking holes at all the reasons why you can’t start something . Surround yourself with people who help plug the holes. At Seed Spot, we are on a mission to expand our work to communities that want to support their own local social entrepreneurs.

Our conversation with Klein continued—with story after story of people who wanted to make a difference, and build a business around making it. And, although we pried to find out if the desire to become a social entrepreneur was segmented to a specific age group, as so many columnists have eluded, the stories continued to prove otherwise—that the desire to make a difference is a human trait.

Oh, and just in case you’re curious, Box Play for Kids, with Seed Spot’s help, was born and has grown into a very successful business—not only at keeping kids everywhere happy, but also by redefining the word recycle and reuse. 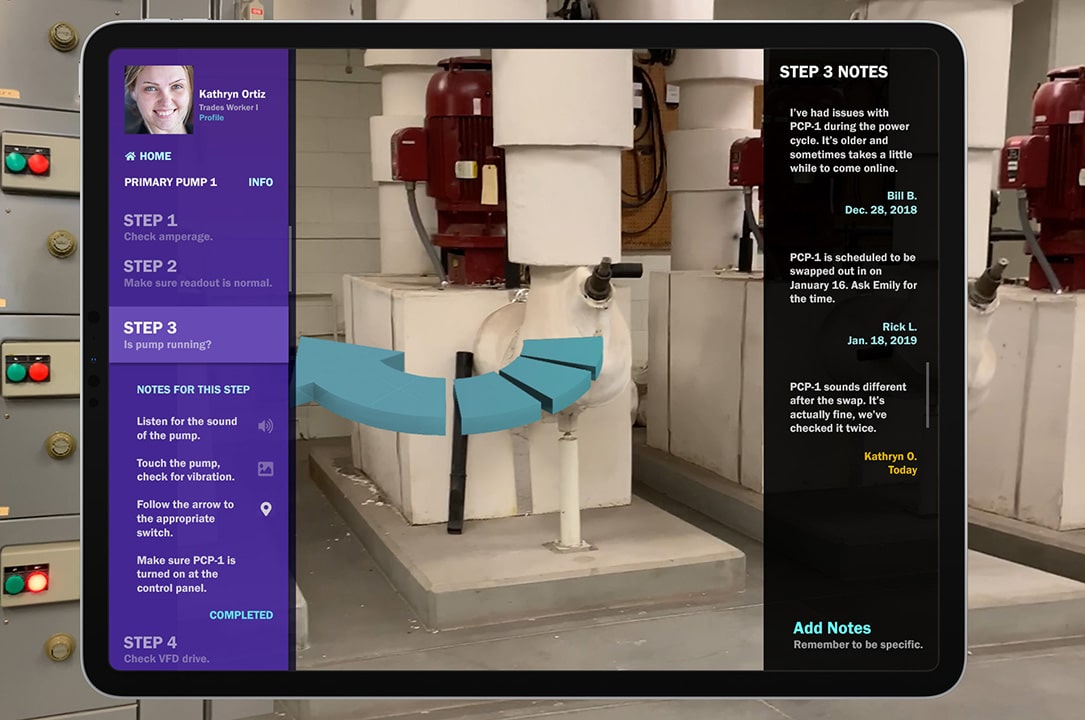 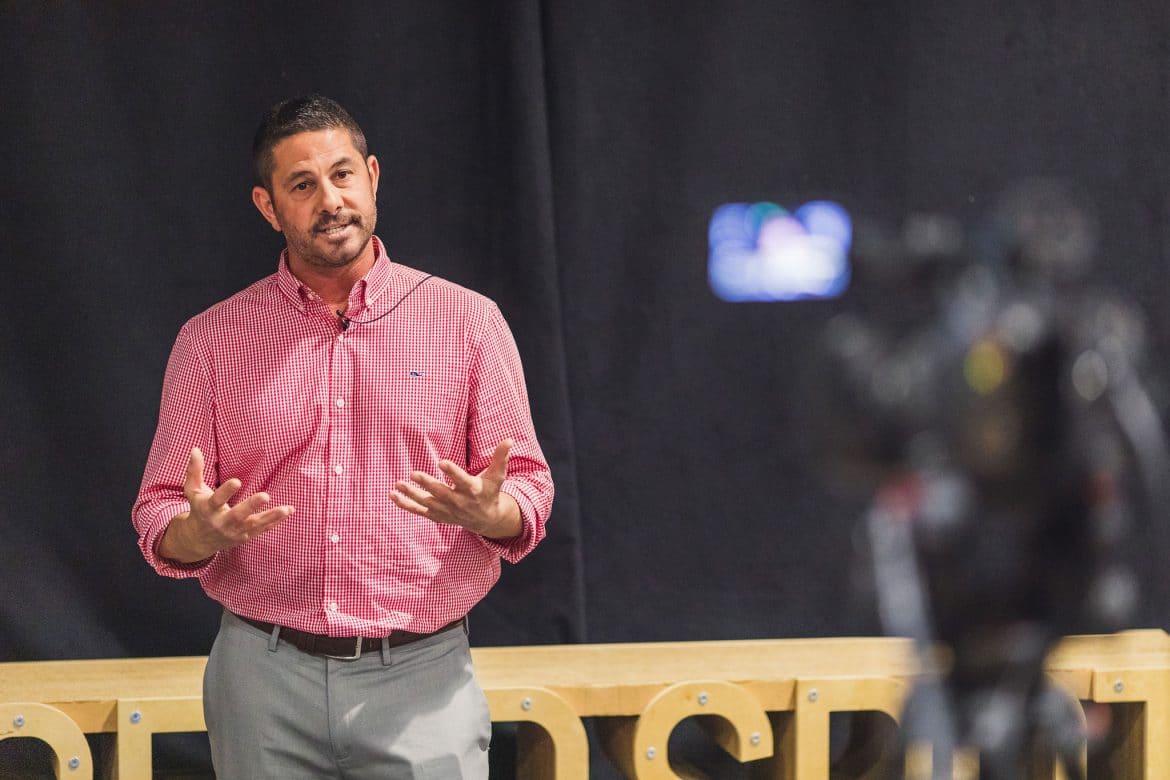 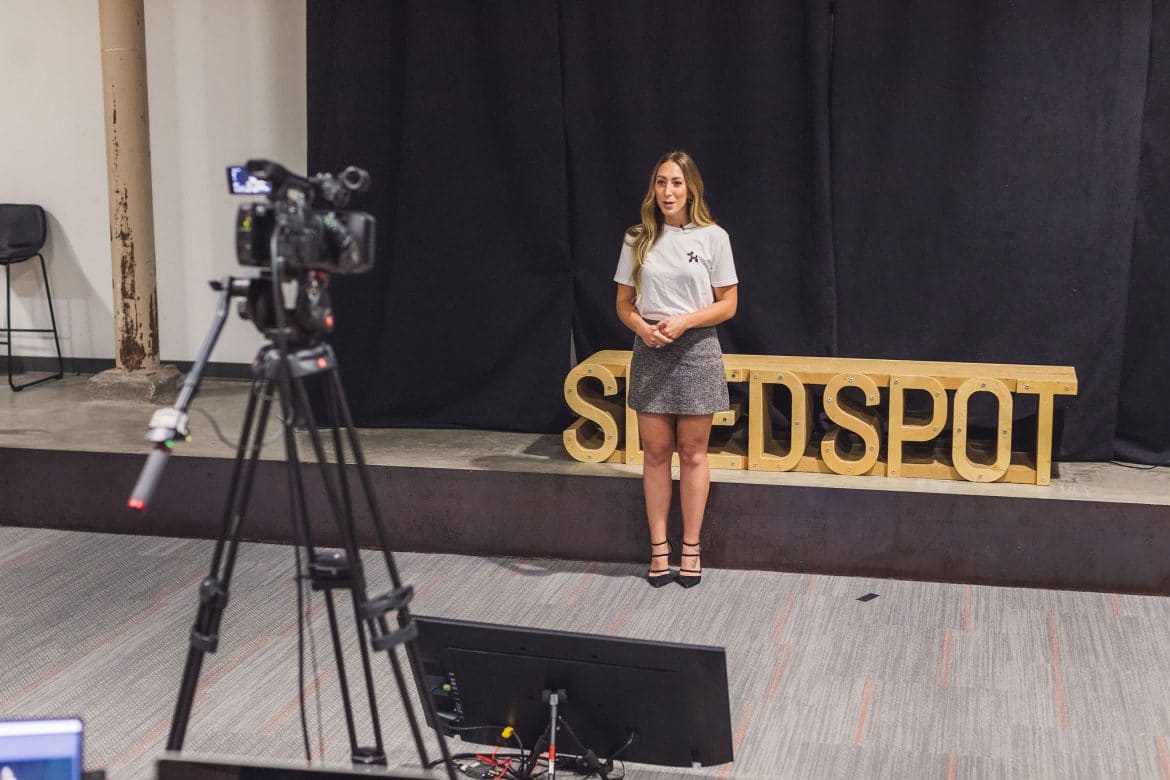