Read the full article, featuring a quote from our CEO Courtney Klein, HERE. 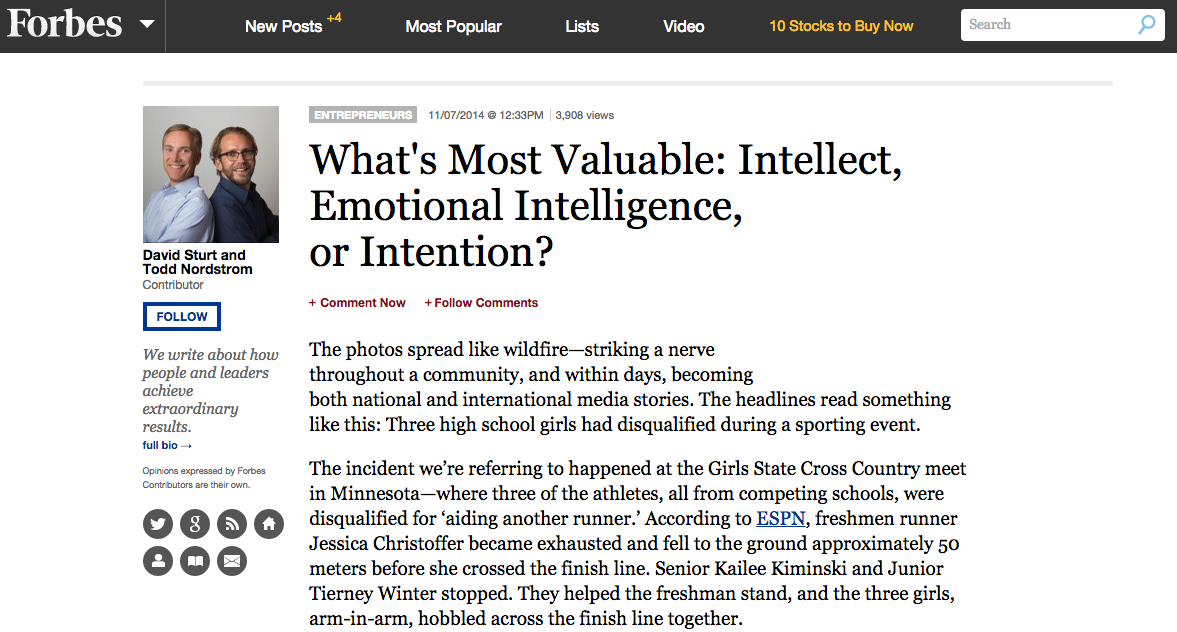 The photos spread like wildfire—striking a nerve throughout a community, and within days, becoming both national and international media stories. The headlines read something like this: Three high school girls had disqualified during a sporting event.

The incident we’re referring to happened at the Girls State Cross Country meet in Minnesota—where three of the athletes, all from competing schools, were disqualified for ‘aiding another runner.’ According to ESPN, freshmen runner Jessica Christoffer became exhausted and fell to the ground approximately 50 meters before she crossed the finish line. Senior Kailee Kiminski and Junior Tierney Winter stopped. They helped the freshman stand, and the three girls, arm-in-arm, hobbled across the finish line together.

The two of us caught wind of this story as we sat in the lobby of a hotel in Times Square, New York just days after the race. Ironically, we had, that very day, been discussing recent research that compared success levels of people with emotional intelligence, to those with high intellectual intelligence. This story made us pause and wonder, “Is there something missing from the debate? Like, a person’s intention?

If an Intelligence Quotient is defined as “a number representing a person’s reasoning ability (measured using problem-solving tests).” And if, Emotional Intelligence is defined as “the capacity to be aware of, control, and express one’s emotions, and to handle interpersonal relationships judiciously and empathetically.” Then, what happened in Minnesota? Did the two girls display a reasoning ability that led helping a competitor in need? Or, was it empathy and compassion?

Joseph and JoAnn Calloway, bestselling authors of the book Clients First told us their story. The couple had been struggling to make ends meet as realtors in Arizona. They had taken the right classes. They had listened to their mentors. They were trying to close deals. And, on paper, they were doing everything right. But, no deals were closing. No money was coming in. And, it wasn’t until one dark and stormy night, the couple set aside everything they had been told to do to make a sale, and instead decided to break off a pending sale because it wasn’t in the client’s best interest. “Everything changed that night,” Joseph told us. The couple went on to sell more than 1 billion dollars of real estate in their first ten years—because they placed other’s needs before their own.

Tim Westerbrook, the Founder of Pandora Radio, in a recent interview published in Forbes explained how his success didn’t arrive until he focused on building a technology that would help solve the problems of one single musician.

Or, consider Courtney Klein, the founder of Seed Spot. She was college student who realized how many people her age didn’t realize the impact they could have in the world. When we interviewed Klein, she told us “Every generation has individuals who want to create change, build new models, or disrupt the status quo. Nikola Tesla wanted to bring free electricity to the whole world—the sentiment and belief that change is possible and is innately human.” Seed Spot is a non-profit incubator for early-stage social entrepreneurs—an organization with the intention to help businesses that help a greater social cause.

In all of the above stories, both intellectual and emotional intelligence were used to create fantastic results. However, there seems to be something at play beyond intelligence—it’s an intention to do something for someone else…even if it’s against the rules.

In the 1920s, psychologist Lewis Terman investigated approximately 1500 children from California between the ages of 8 and 12 who had an IQ of at least 140. Terman tracked these children to see how high intelligence might impact the course of their lives. He discovered that the kids tended to be both socially and physically well-adjusted. These high IQ kids were not only academically successful; they also tended to be healthier, taller, stronger, and less accident-prone than same-aged kids with lower IQs.

A huge study by the O.C. Tanner Institute, in conjunction with Forbes Insights and The Cicero Group, researched 1.7 million cases of award-winning work to discover five skills that predicted success of workers, regardless of industry or experience level. But, the Great Work Study also discovered deeply fundamental to creating extraordinary outcomes—a shared intention to create a difference someone else loved.

The photos of Kiminski and Winter definitely struck a nerve—turning a typical high school sporting event into a moment that teaches mankind to think bigger. The three athletes have been nominated and are currently being considered for the National Spirit of the Sport Award.

Sure, the cynics might say “The road to Hell is paved with good intentions.” Yet, we’d have to disagree. People like Kiminski and Winter are proving the cynics wrong. Good intentions may not have allowed the girls to win the race, but we’re guessing the admiration of the world will surely open a few doors. 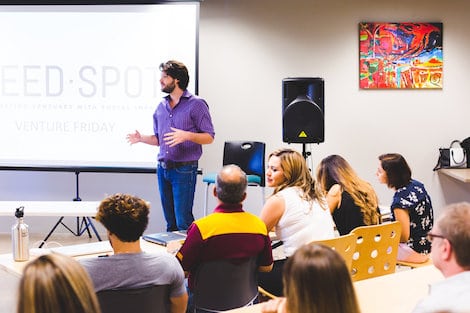